How Thick is the Car Paint Film?

There are four layers of automotive paint film: varnish layer, color paint layer, medium coating layer, and electrophoretic layer. Each layer has different functions. Due to the advancement and development of technology, the paint film becomes thinner. The combination of the medium coating layer and the color paint layer maintains the functionality of the car paint and saves costs. The thickness of the car paint film can be measured by the Linshang LS220 coating thickness gauge. The LS220 coating thickness gauge has the digital function of the analog signal terminal and the digital probe technology to ensure the accuracy and correctness of the measured data.

This is not the case. There are four layers of automotive paint film, namely varnish layer, color lacquer layer, medium coating layer, and electrophoretic layer. These four layers have different roles:

In fact, in recent years, the car paint is getting thinner. Because with the development and the emergence of new painting technology, the coating of the middle coating is gradually eliminated, but this method does not discard the middle coating. These two layers are blended by new technology. In this way, we can ensure that the UV function and wear resistance function can be used, which not only maintains the function of the paint, but also saves costs. Therefore, it is not the thinner the car's paint, the worse it is.
So how do we know the thickness of the car paint film clearly? 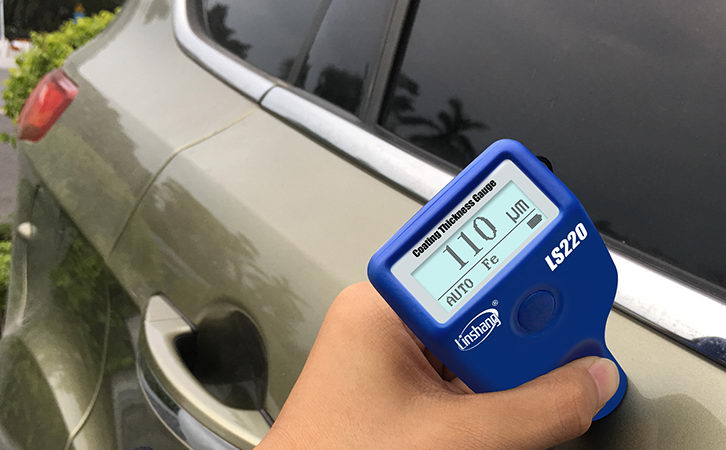