How to Test UV Blocking Rate with an UV Power Meter 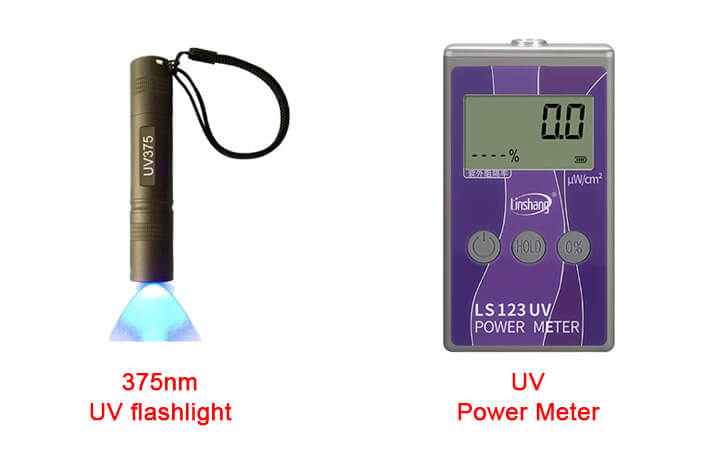 2. Turn on the flashlight and keep the light source facing the top detector of the UV power meter. At this time, the upper right corner of the instrument will show that the UV power is 12636uW/cm. 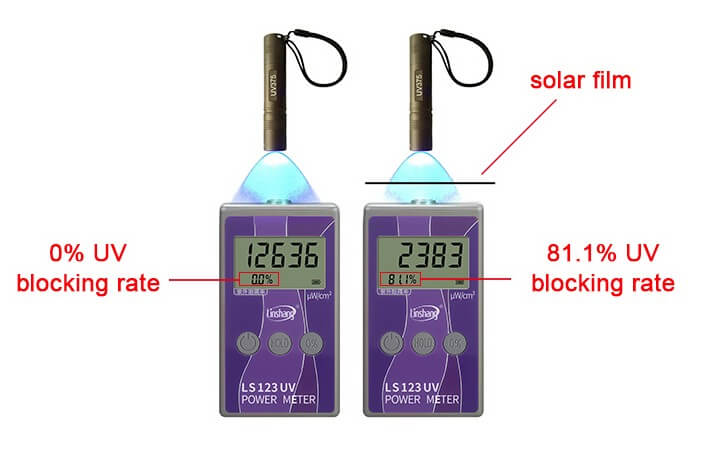