The light-shielding film, as its name suggests, is a film used to block sunlight. Light transmittance is the main parameter for detecting the shading effect. How to test the transmittance of black shading film with a professional light transmission meter?

The light-shielding film, as its name suggests, is a film used to block sunlight. Common materials include PET and TPU. At present, there are automobile insulation film, agricultural film and the window film. The agricultural film is commonly known as the mulch film. It is used to cover the plant cultivation ground to reduce the light intensity and increase the soil temperature, and to promote the growth of plants. Compared with colorless, transparent, white, silver-gray and other color films, the black light-shielding film has a lower light transmittance, and it is better to use black mulch film in the cultivation of some weeds or high-temperature seasons. . 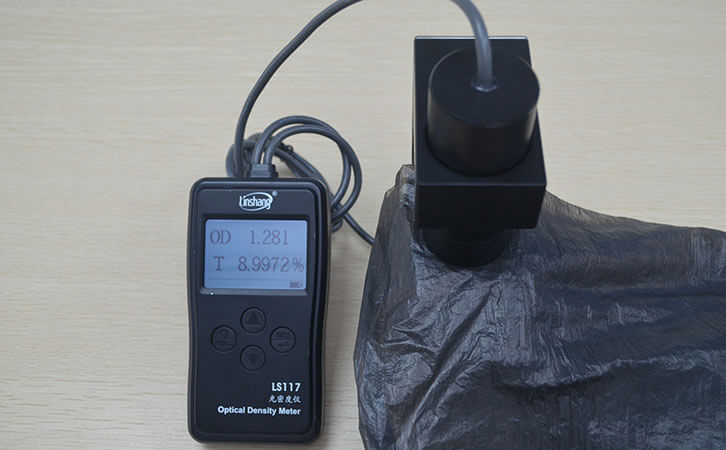 Through many tests, the light transmittance of different kinds of mulch films can be known, and then the black shading film which is most suitable for plant growth can be found by applying to different cultivation experiments. The above is our detailed advice on how to test the transmittance of black shading film with a professional light transmission meter and the detailed operation process. If you have more questions, please feel free to contact our technical service staff.