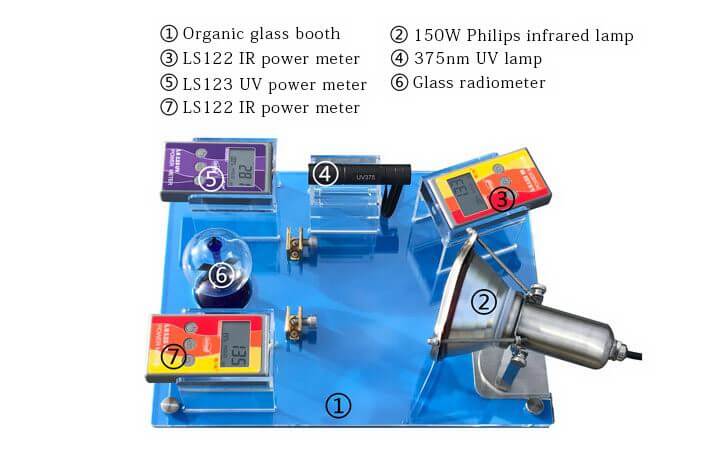 FS2150 Solar Film Reflective Performance Demonstration Kit is a professional test instrument for testing the reflective properties of metallic films. This kit includes two sets of infrared power meter, one is located opposite the infrared lamp, used for testing the infrared rejection rate of the film, another one is on the same side with the infrared lamp, for testing the reflective properties of the film. Also equipped with UV flashlight and UV power meter, it can also demonstrate the UV block properties.The outer packaging is a aluminum case, it’s very convenient to carry out.
The instrument can not only test the reflection property of the solar film, also can test low-e glass and other energy-saving glass.The glass clamp can also be customized according to customer needs, the maximum distance of the glass clamp can be customized to 48mm.