1. What is the working principle of magnetic thickness gauge?

The thickness measurement of magnetic suction is based on the amount of suction between the permanent magnet or yoke (probe) and the ferromagnetic material, which is proportional to the distance between the two. The distance is non-ferromagnetic (including conductive and non-conductive) or with the substrate. The cladding thicknesses are sufficiently different in permeability. 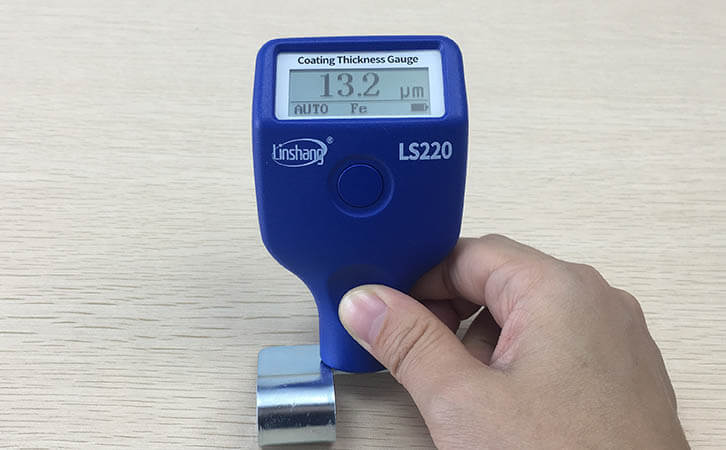 2. Which products can magnetic thickness gauges be used for?

The magnetic thickness gauge uses a probe with a coil around a soft core to be placed on the detected object. The instrument automatically outputs a test current or test signal. Early products used a pointer meter to measure the magnitude of the induced electromotive force. The instrument amplifies the signal and indicates Coating thickness, new instruments introduce new technologies such as frequency stabilization, phase lock, temperature compensation, etc., use magnetic resistance to modulate the measurement signal, use integrated circuits, and introduce a microprocessor to greatly improve measurement accuracy and repeatability.

3. How to choose a magnetic thickness gauge?