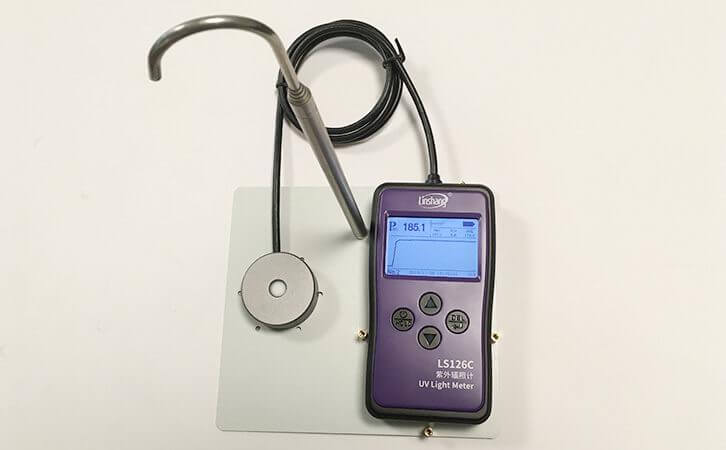 However, it is worth noticng that although the ultraviolet spectrum is very wide and the ultraviolet band is also divided into UVA (400 to 315nm), UVB (315 to 280nm), UVC (280 to 200nm) and vacuum ultraviolet (200 to 100nm), but not every wavelength can be effectively sterilized. Generally, you need to use theUV intensity meter with high accuracy to confirm the energy value of the UV lamp. The measurement range of high quality UV intensity meter is 280 ~ 200nm, that is, the UVC band, which is the best and most effective germicidal ultraviolet rays.