Why do We Measure the Coating Thickness?

A coating of a certain thickness can be formed at one time or multiple times. Practical experience shows that most coatings are suitable for thin coating and multiple coatings. The paint film formed multiple times has better performance than a paint film of the same thickness formed once. This is because the thin coating has good drying conditions, low internal stress during drying, good adhesion. When the coating is too thick, it is also prone to wrinkling and other pathological conditions.
In fact, with the exception of polysilicon lacquer, the other coatings cannot be coated too thick. For example, if the brush is too thick, it is easy to wrinkle and the vertical surface is easy to sag. When spraying, it is very fine due to atomization. It is impossible to spray thickly at one time; when rolling, if the coating is too thick, the paint is easily pressed out of the edge of the board by the painting stick.
The paint coating thickness is divided into the following reference thicknesses:
(1) The general coating is 30-40 microns.
(2) The decorative coating is 35 to 45 microns.
(3) The protective coating is 125 ~ 130 microns.
(4) Wear-resistant coating is 130 ~ 150 microns.
(5) Thick coating with high solid content is 700 ~ 1000 microns.

How to determine coating thickness?

(1) Measure the thickness of the wet film coating. A simpler method is to use a metal plate that can be carried in your pocket. It has rectangular teeth on both sides and the two planes at each end of each tooth shape are on the same horizontal plane. While the middle teeth have different heights from the horizontal plane. When in use, contact it vertically with the test surface. The maximum reading of the tooth-shaped wet film is the thickness of the wet film.
(2) Determine the thickness of the dry film coating. Dry film thickness gauges are currently commonly used. You can also use mechanical methods, such as the lever dry micrometer, to determine the coating thickness on the metal base plate. Due to the limitation of the structure of the lever on the micrometer itself, it can only be used to determine a small area test plate. 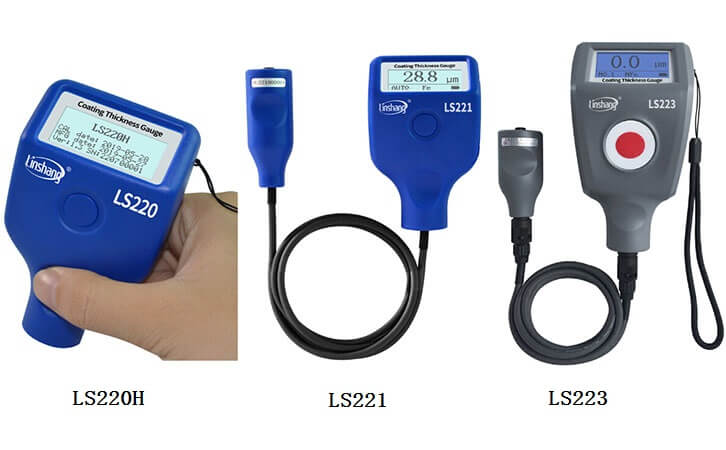