In 1865, when buried steel pipelines were first put into use, pipeline corrosion problems were not solved and pipeline leaks frequently occurred. In order to prevent leakage, coal tar pitch and modified coal tar enamel are used as the anticorrosive material. This kind of material undergoes an oxidation reaction when the temperature of the pipeline rises, which increases the cathodic protection current.
The middle of the 20th century was a period of competitive development of various anticorrosive coating materials. Paraffin wax, petroleum asphalt and adhesive tapes have been successively developed. Among them, the anticorrosive layer of the adhesive tape once occupied an advantageous position. However, this material often peels in corrosive soils, shielding the cathodic protection current and causing stress corrosion cracking. 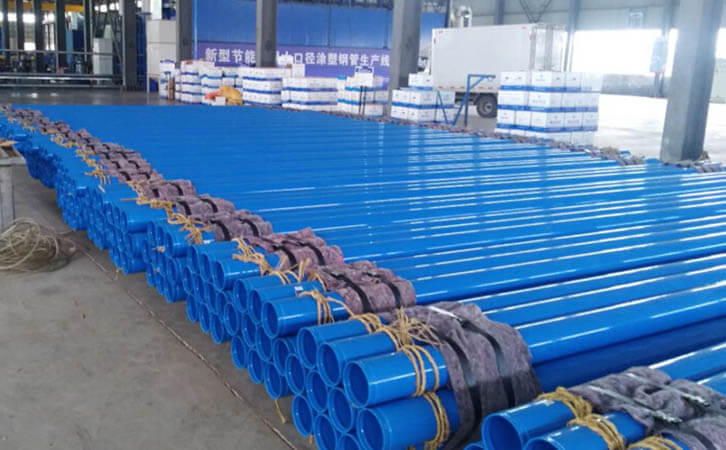 The double-layer polyethylene structure anticorrosive layer that appeared in the 1960s gradually changed the dominant position of coal tar pitch. However, with the continuous change of pipeline operating conditions, such anticorrosive layers gradually exposed defects such as easy damage, peeling and shielding of the cathodic protection current.
The Alaska pipeline, which was put into operation in the 1970s, marked the beginning of the era of sintered epoxy powder coatings. Through continuous improvement of components and construction procedures, sintered epoxy powder became the most successful anticorrosive coating applied in the 1980s, but its mechanical strength was not ideal.
By the late 1990s, two types of anticorrosive coatings, namely fused epoxy powder (FBE) and three-layer polyethylene (three-layer PE), have gradually become mainstream. In recent years, double-layer epoxy (double-layer FBE) has gradually begun to be applied on a large scale . At present abroad, the selection of anticorrosive coatings has two distinct views: North America generally favors FBE and Europe favors PE. Relevant statistics from the United States show that the current anticorrosive coating is a triad of FBE, PE and coal tar. 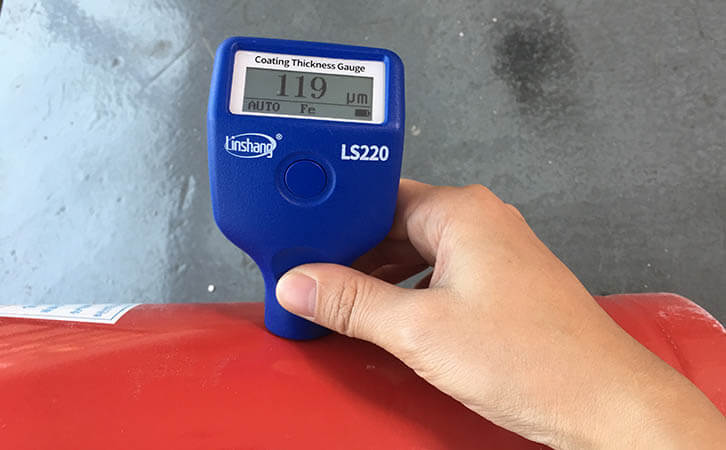 According to the requirements of pipe anticorrosive coating thickness and measurement accuracy, it is recommended to use Linshang LS220H paint coating thickness gauge. The measuring range of this instrument is 0-2000μm and the measurement accuracy is ± 3% (reading ± 2μm). This paint coating thickness gauge uses not only the thickness measurement principle of the magnetic method but also the eddy current method. Therefore, the thickness of the non-magnetic coating on the magnetic substrate and the coating thickness of the non-conductive layer on the non-magnetic metal substrate can be measured at the same time.
The instrument has a simple design, simple operation and two operating languages can be switched. The ruby probe is wear-resistant. It has a temperature compensation function and an analog signal terminal digital function. Make measurements accurate and simple!