From:Linshang Time:2020/03/18 11:30:00 Browse:138
With the development of the plastic and technology industries, plastic greenhouses are increasingly used for agricultural production, providing a good environment for crops.

2. How to increase the light transmittance of greenhouse film?

(2) Regularly turn the film over

Greenhouse film is generally used in autumn and winter. We can fasten the film for 15-20 days before and after the frost. Choose a sunny and windless day to remove the film. Keep the original side facing down and then secure it. This will reduce the water droplets and increase the light transmittance of the agricultural film.

(3) Spray the film with soy flour

Spread the new agricultural film on top, sprinkle with fine soil or gypsum powder, and wipe it with a towel or cloth repeatedly several times before cleaning. Cover the film with the treated side facing inwards, which can significantly reduce the adhesion of water droplets in future use. 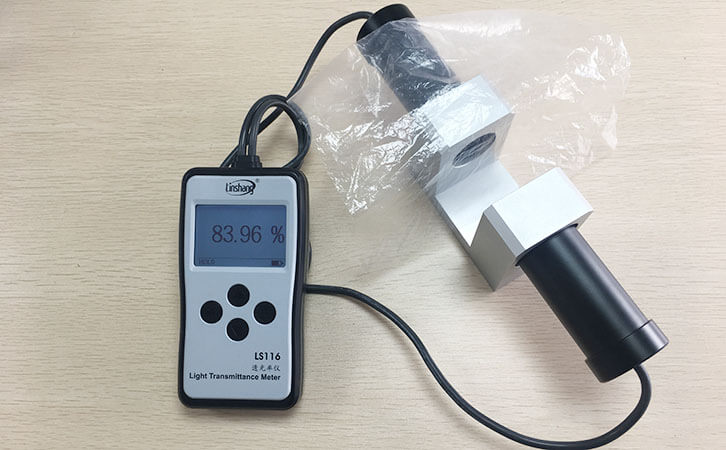 The heat in sunlight mainly comes from infrared rays and blue-violet light helps the growth of crops. So there will be some eco-film products on the market. So what is the quality of eco-film products? Linshang Technology has instruments that can measure the transmittance of infrared and blue-violet light. Users can choose according to their needs. For details, please consult our engineer at sales21@linshangtech.com!