The Linshang LS221 automotive paint meter is a split type paint thickness gauge. It is widely used in the used car industry. It is suitable for detecting the film thickness of narrow parts. The instrument uses a wear-resistant ruby material probe and transmits data by digital. The instrument can provide good test accuracy and repeatability. 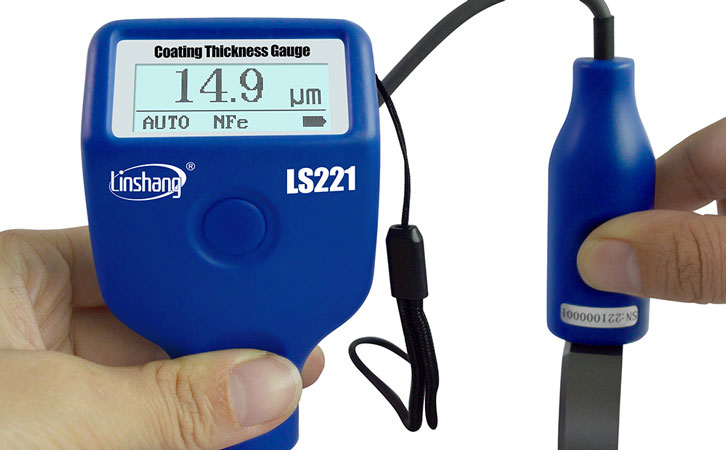 The probe and main unit of the Linshang LS221 automotive paint meter are separate. When testing, the probe can be pressed at various positions to be measured without affecting the reading. The operation is very convenient. In addition, the Automotive Paint Meter can switch between mil and um units. When measuring the thickness of automotive paint film, we generally choose um unit. The measuring speed of the instrument is only 0.5s, which can be felt when measuring multiple times.