In order to reduce the sun's infrared and ultraviolet radiation in the car, many car owners have attached a very good solar film with thermal insulation effect, but many friends have torn off when facing the annual automotive windshield light transmittance inspection. Although this requirement seems to be awkward for the owner, in fact, there is a safety knowledge that is worthy of our understanding behind such a light transmittance regulation.

With the improvement of the living standards of the people, the quality of life of most families is also increasing with the increase of income. The purchase of private cars is no longer as remote as it was in the early days of reform and opening up. The number of cars that have grown dramatically in recent years is also reminding people to raise their awareness of safety. The state is constantly improving the standards for the safety of motor vehicles. According to the provisions of GB 7258-2017 motor safety technical requirements, the annual light transmittance of the vehicle requires that the light transmittance of the front windshield film is not less than 70%. In fact, this regulation is based on the safe visual distance when driving. 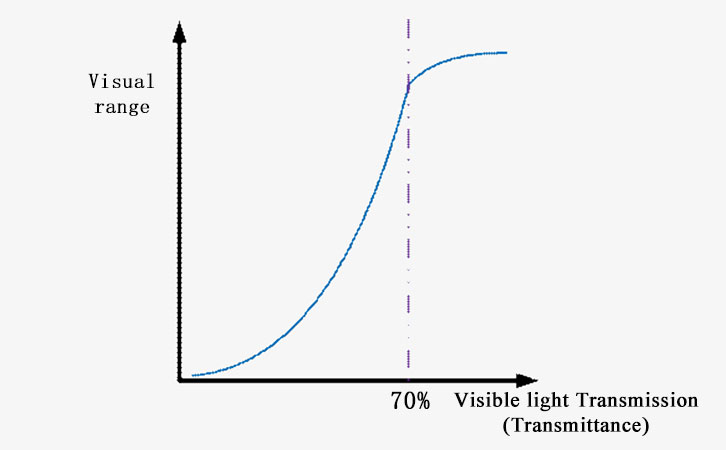 With the above knowledge, do you have a deeper understanding of light transmittance and the visible distance of driving? The annual light transmittance requirements of vehicles are not arbitrarily designated. On the one hand, compliance with laws and regulations is fulfilling our obligations as citizens of the People's Republic of China and safeguarding our own rights and interests. 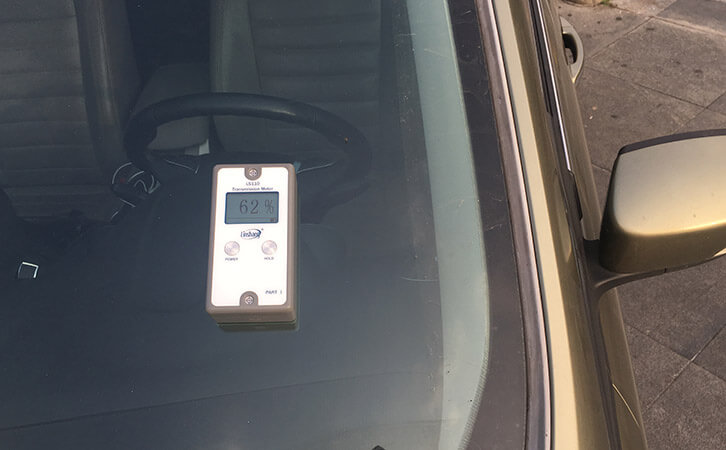 Window tint metertests the light transmittance of the front windshield