From:Linshang Time:2019/12/18 13:58:00 Browse:179
Car paint thickness gauge, a car inspection artifact that has swept the global used car market, almost everyone knows it in the used car industry. What exactly is this instrument? What role does it play?

The report shows that from January to October 2019, the national second-hand car sales totaled 11.85227 million, a cumulative increase of 4.62% year-on-year, which is also a new high for the Chinese second-hand car market. It is estimated that the full-year sales in 2019 are expected to exceed 15 million cars. The rapid development of the used car industry will also bring greater opportunities and challenges to buyers and sellers. How to evaluate a used car has become even more critical. The car paint thickness gauge is a car inspection artifact that can play an important role.

When we walk into the used car market, we can see that most cars have the same appearance as new cars. In fact, there are various refurbished cars and accident cars. These cars were carefully selected by the second-hand car appraisers before taking over from the original owners. They will also sell the cars as second-hand car sellers. The work they have to do is mainly in two aspects: on the one hand, to comprehensively evaluate the vehicle when purchasing used cars from the original owner. On the other hand, sell cars to used car buyers. 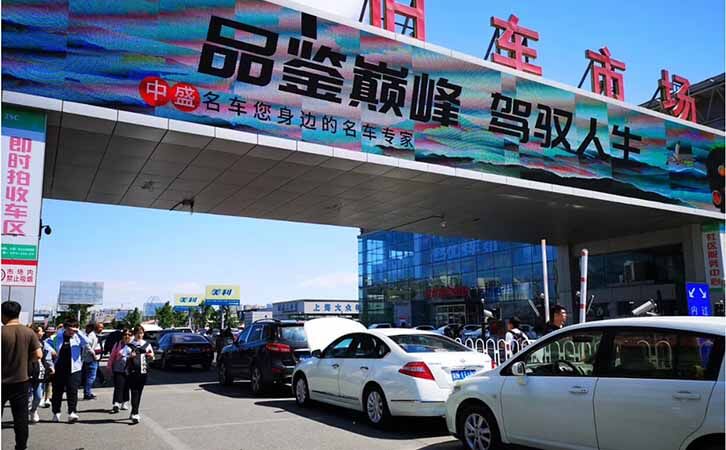 When acquiring a second car, the appraiser needs to determine the type of used car. Some cars may only be used by the original owner for a period of time or have experienced a small degree of scratching and repainting; some cars may have been used for a long time and replaced parts and became refurbished cars; It may be an accident car that has had a major accident and used car buyers will not buy this kind of car. Therefore, car inspection experience becomes particularly important. Many experienced sellers have been exposed to a large number of used cars and have accumulated a large amount of used car evaluation experience. They can basically determine the approximate repair status of a car by the naked eye, but only through this way, the data is not scientific and not convincing.

The car paint thickness gauge described in this article is an instrument used to evaluate used cars. It can accurately measure the thickness of automotive paint. We all know that after a car is repaired and repainted, the car paint surface thickness will definitely change. Compared to the new car that has just left the factory, used car paint film thickness that is repaired will be higher than the original one. Compared with the naked eye observation method at the time of car inspection, using professional equipment can tell us more about the repair position of the car. By measuring multiple positions of a used car, we can comprehensively understand the distribution of the car pain thickness and infer the repair of a car from it.

In addition to the use of car paint thickness gauge at the car inspection stage, when selling cars, you can also use the data to introduce used cars to buyers. If it is only by verbal explanation and mileage of the car dashboard, it is difficult for buyers to really understand, so you can use the car paint thickness gauge to detect and demonstrate to the buyer on the spot and convince the buyer with scientific data.

Of course, there are certain limitations only by observation or only by the car paint thickness gauge. If you want to evaluate the real value of a used car, it is best to use the accumulated experience and scientific instrument in the industry.