How to improve the greenhouse light ? | Window Tint Dector

Keep the plants tall and orderly. Reduce the occlusion as much as possible. Regardless of what vegetables are planted, try to keep the same size.

When choosing greenhouse film, it is best to choose a non-dropping film, because the active agent added to the non-dropping film can weaken the affinity of water molecules and the film. Water droplets will flow along the edge of the film to the ground, Increasing the light intensity can also increase the overall temperature of the greenhouse. At the same time, when selecting a greenhouse film, use a window tint detector to measure the light transmittance of the film and try to choose a greenhouse film with high light transmittance.

4. Cover or lift the straw curtain at the right time

Under the premise of ensuring the temperature, we can also open the straw curtain or cover the straw curtain in advance, so that we can extend the time of sunlight and increase the light transmission in the shed.
If you only need to measure the light transmittance of transparent greenhouse film, it is recommended to use Linshang LS116 window tint detector. The light source of this window tint detector is the full wavelength of 380nm-760nm, which meets the CIE photopic luminosity function. The  instrument which adopt the parallel light path design can also measure large thickness tested material. The measurement accuracy can reach within ± 1%, which ensures that it can pass the test of the Chinese Metrology Institute. 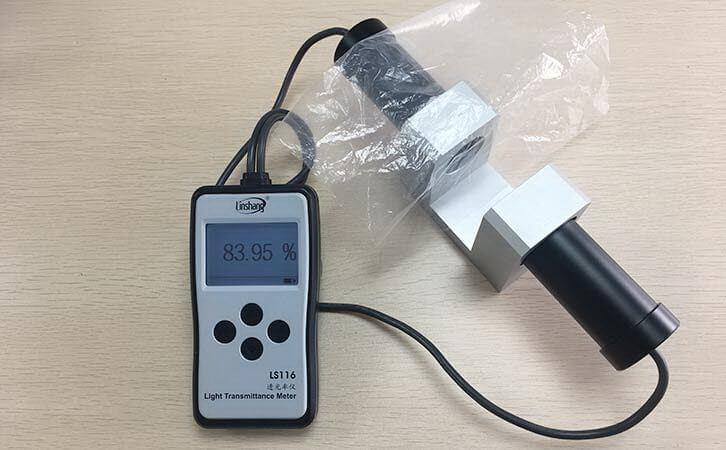