Difference between UV Intensity Sensor UVCLED and other UVC Detector?

According to the "2018 UV LED Application Market Report-Curing, Medical, Sterilization" report, it is estimated that from 2017 to 2022, the average growth rate of UV LED market output value can reach 33%. In addition to the stable development of the UVA LED curing market, the rapid growth of UVC LED sterilization in the medical industry cannot be ignored. Therefore, Linshang Technology has developed a UV intensity sensor for UVC LED.
Before understanding the differences between UV intensity sensor UVCLED and other UVC detectors, let's first understand the principle of UVC sterilization and the characteristics of UVC LED light sources.

I. The principle of UVC sterilization 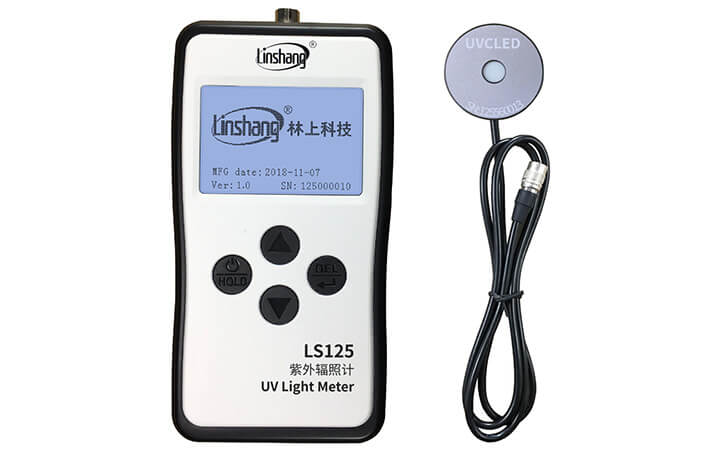 1. The UVC detectors on the market is specially designed for 253.7nm low-pressure germicidal lamps. The peak wavelength of the spectral response curve is 254nm, and the UV intensity sensors UVCLED can be used to measure UV LED lights in the range of 220-320nm., such as 275nm, 285nm, etc.

2. There is no uniform standard for UVC LED light sources around the world currently. Therefore, when designing UVC LED-specific UV intensity sensors, Linshang Technology's own standards are used for data calibration. But the traditional UVC low-pressure mercury germicidal lamp technology is very mature and has a standard calibration technology basis. Therefore, several other UVC detectors of our company can ensure that they pass national measurement.