From:Linshang Time:2020/02/16 11:30:00 Browse:154
Photolithography uses the principle of ultraviolet to process materials. This article explains the lithography exposure technology and explains the UV intensity monitor used in the inspection.

Conventional lithographic exposure systems use ultraviolet light and diffraction phenomena can affect resolution. Even so, there is a tendency to continue to develop. Among them, if we want to reduce the elimination of other competitive products on the market, we must first pay attention to the use of UV intensity monitors in production to maintain a good ultraviolet irradiation intensity during photolithographic exposure. The current lithography exposure technology has an ultra-deep ultraviolet light system, but its system is complicated. Ultimately it is difficult to avoid the resolution limitation caused by interference diffraction. Therefore, it is necessary to use an UV intensity monitor to prevent the intensity of the ultraviolet light from being too high, which greatly affects the resolution.

Why is lithography exposure technology evolving and becoming more and more popular? Mainly because the defects in the traditional system do not meet the development needs of the modern market. There are several types of non-optical lithography exposure systems. X-ray exposure system: As far as commercial X-ray exposure equipment is concerned, the defect that can be tolerated is graphic distortion, but the more serious limitation is penumbra blur. Ion beam exposure system: There is a random space charge problem. The advantage is that no mask is required. Electron beam exposure system: There are electron scattering problems, the advantage is that no mask is needed. The resolution of X-ray lithography is not so high. X-ray lithography and ultraviolet lithography have different principles. X-rays cannot be refracted or have good reflective materials, so they cannot be focused. And the energy of X-ray is too high, it will generate secondary electrons, which limits the minimum resolution. So at present, the development of lithographic exposure technology still has an increasing interval. This process cannot be separated from the continuous detection of UV intensity monitors to ensure the normal control of ultraviolet energy, the normal progress of lithographic processes and product quality Final guarantee. 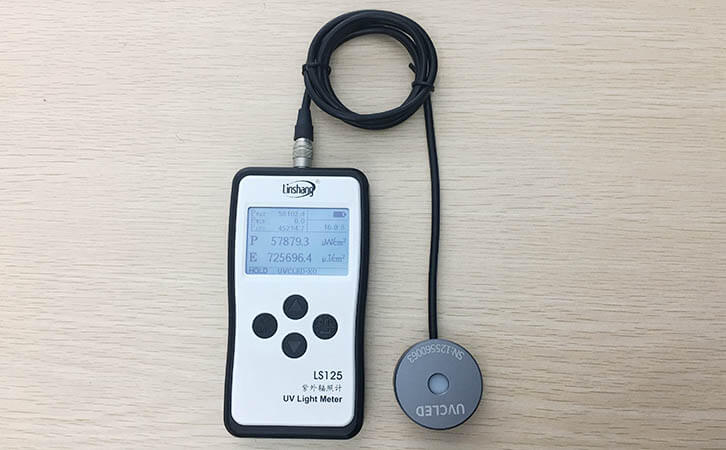