1. How to judge whether a used car has a body collision?

Nowadays, there are more used car platforms, which reflects a problem, that is, the number of customers buying used cars is increasing year by year. Used cars are different from new cars, so you need to be cautious when buying them. Be careful not to buy used cars after collision repair. Many car owners will encounter such a doubt when buying a used car. A certain used car has been used for a long time, but the body is still shiny and looks like a new car. If the buyer is not a professional, it is likely to be fooled by the seller, thinking that this used car has not been used much. In fact, there is a lot of greasy inside, many used cars look good, but in fact the body has collided many times. It's just that the seller or the platform has done painting, reshaping, or sheet metal repair on the body. After this series of repairs, even vehicles that have collided multiple times will be completely new. In face of numerous tricks, we must understand the detection methods and identify the used cars that have been repaired.

2. How to use paint thickness gauge to test used cars? 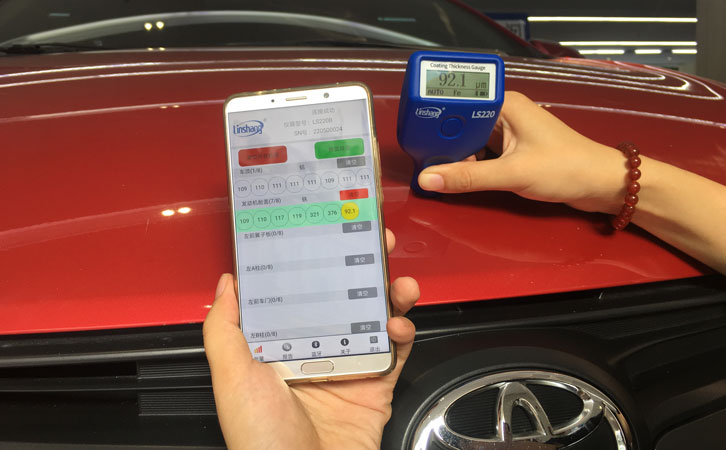 Customers who buy second-hand cars must remember to check whether the bodywork is repaired or not, otherwise they will be deceived by the surface of the body and buy a used car with many body collisions.