From:Linshang Time:2019/08/09 09:38:00 Browse:325
Linshang LS126A is a professional instrument for detecting UVA LED light source. The probe of this instrument is only 7.2mm, the aperture diameter is only 3mm. The acquisition speed can be as high as 2000 times/second and it also has intelligent statistics function. 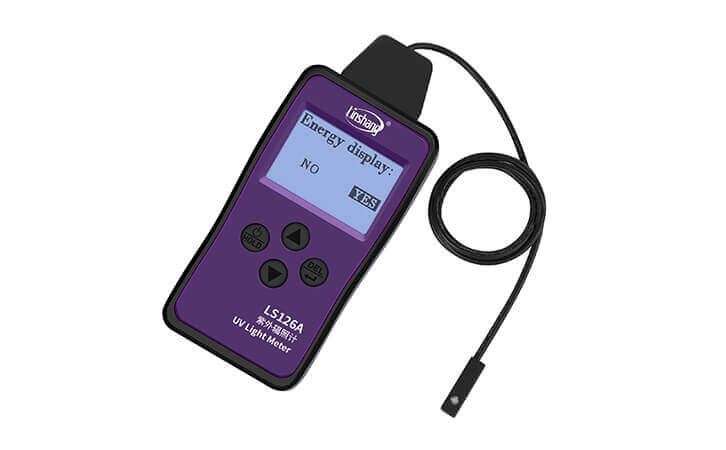 The sampling speed of the LS126A UV lamp intensity meter is as high as 2000 times per second. The ultra-fast sampling speed makes the data measured by the instrument more stable. And the instrument also has intelligent statistics function, which automatically calculates and displays the power maximum, power minimum, power average, power real-time and energy value of the test data.