Due to the different characteristics of different materials of ultraviolet germicidal lamps, the effects of the germicidal lamps made are also different. You can use an UV-C meter to detect the radiation intensity between the lamps.

Fluorescent lamps and energy-saving lamps are made of ordinary glass and 254nm ultraviolet light cannot pass through. They can't be used as germicidal lamps. Quartz glass has a high ultraviolet transmittance of 90%, which is the best material for germicidal lamps, but its performance of glass is very different from that of ordinary glass. Sealing can not be done by the common method of round sealing with a high degree of automation, which makes the technical content of germicidal lamp manufacturing higher than ordinary energy-saving lamps. 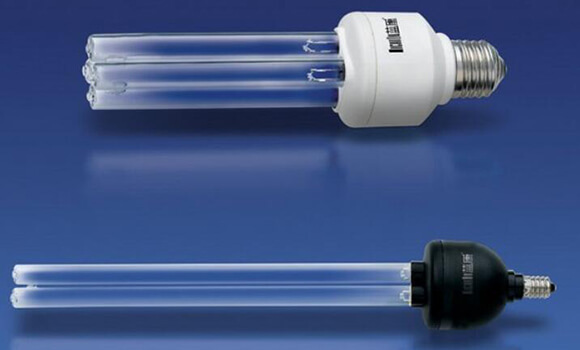 There is a kind of UV-transmitting glass, commonly known as high-boron glass. Its UV transmittance is about 60% of quartz glass. Its production process is the same as that of energy-saving lamps, making its cost and price lower than quartz glass. The germicidal lamp is very far away. A few watt lamps only cost a few money, but it is far inferior to quartz germicidal lamps in performance. Performance in the following aspects:

Another characteristic of quartz germicidal lamp is that it can emit ozone. Quartz glass has a high transmittance of short-wavelength 185nm ultraviolet rays. 185nm ultraviolet rays can ionize the air to produce ozone. The high ozone concentration is harmful to the human body, but it can be used when there is no one. Spreading and disinfecting along a straight line has the disadvantage of dead ends.

When measuring the intensity of different wavelengths of ultraviolet, different UVC light meters need to be selected. Linshang LS125 UVC light meter is a good choice. The instrument can be freely matched with nine different probes. It is very convenient to use and easy to operate. Customers can choose the UVC light meter according to the needs of the test.