What is UV and Its Measurement by Light Intensity Meter

Ultraviolet rays have been around for 200 years in human history. In 1801, a German scientist Ritter discovered through experiments that in addition to invisible light, human beings also had ultraviolet rays. After that, ultraviolet rays quickly entered human vision, so that today ultraviolet rays are involved in many fields such as chemistry, industry, biology and medicine.

But with the excessive use of UV, the disadvantages of UV have also been exposed. When ultraviolet rays strongly affect the skin, itching, blisters, edema, eye pain, tears may appear on the skin; severe skin cancer can also occur. Ultraviolet rays act on the central nervous system and can cause headaches, dizziness and elevated body temperature.

Medium-wave UV has certain physiological effects on human skin. A large part of this ultraviolet light is absorbed by the skin epidermis and cannot penetrate into the skin. However, due to its high order energy, it can cause strong light damage to the skin, dermal blood vessels in the irradiated area dilate. The skin may appear redness, swelling and blisters. Long-term exposure to the skin can cause erythema, inflammation and skin aging. Therefore, the medium-wave ultraviolet is also called the sunburn (red) band of ultraviolet rays. It is the ultraviolet band that should be focused on prevention.

Long-wave UV penetrates clothing and human skin far more strongly than medium-wave UV, reaching deep into the dermis and acting on melanin in the epiderm. Therefore, long-wave UV is also called "tanning segment". Although long-wave UV does not cause acute skin inflammation, it has a slow effect on the skin and can accumulate for a long time. It is one of the causes of skin aging and serious damage. 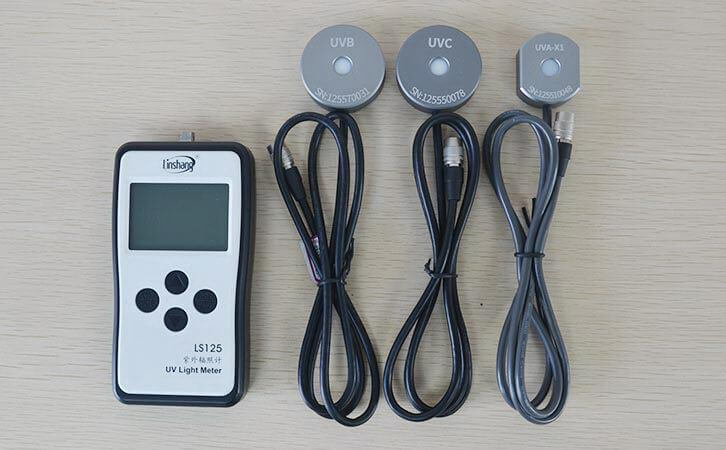 The amount of ultraviolet light emitted by the ultraviolet mercury lamp is extremely large. If the exposed skin is irradiated by this type of ultraviolet lamp, the lighter will be red, swollen, itchy and desquamated; It is advisable to sterilize for 30 minutes to 1 hour. Avoid looking directly at the light source. When the factory uses UV disinfection lamps, in addition to providing necessary protection for employees, it is recommended to detect ultraviolet light and check the ultraviolet data in real time.