However, because the current measurement of UV LED light source does not have a standard both domestically and internationally, many manufacturers use their own manufacturer's standards, so the product consistency is very important. Linshang Technology focuses on the development and production of UV instruments for eleven years, not only in terms of quality but also after-sales service. 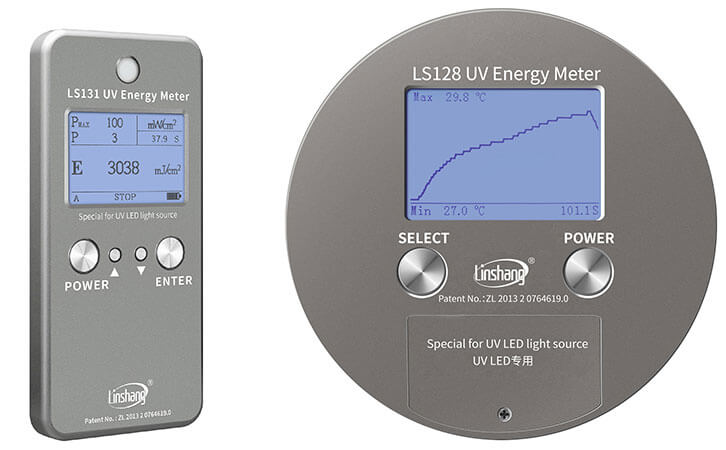 The biggest difference between the UV power puck LS128 and LS131 is that the appearance is different and then there are some differences in function. The LS128 can measure the power, energy, temperature, time, and display the power curve, temperature curve. The Linshang UV power pucks can also be connected to the computer and print the test report. However, the LS131UV power puck is not capable of measuring temperature.